In this epic four part series, I will take you back to a time when money, relationships, jobs, and politics had no meaning. A time when innocence and naiveté ruled. I will be taking you back to childhood. To be specific, I'll be taking you back to my childhood. Without the burden of adult responsibility, children have different priorities. They can spend their entire day from sunrise to sundown obsessing over one thing. For some kids, it's their favourite sports team. To others, a video game. Or a TV show or movie. But for me, that obsession was Weird Al Yankovic. While reading this quadrilogy, I ask all of you to check your adult brains at the door and look back upon your own childhood. What was important to you? While attending and sneaking backstage at a Weird Al concert may seem like low stakes to an adult, it was anything but low stakes to me. This was everything to me. This is the tale of the best and most significant night of my life. This is the epic four part tale of the time I sneaked backstage at a Weird Al Yankovic concert.

What's a Snackwich, you ask? I would describe it to you but instead, I will show you this nifty diagram that I drew in my grandmother's cottage guest book when I was eleven years old. 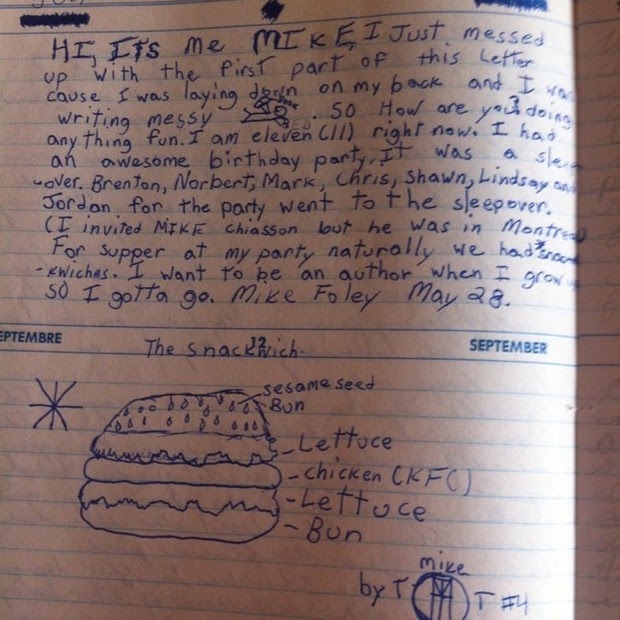 But that's not what I'm here to talk about. I am here today to talk about my life-long addiction to Weird Al Yankovic. My name is Mike and I am a Weird Al-oholic.
I honestly don't think there was a time when I didn't listen to Weird Al. I can't remember the first time that I heard him. Since I can't remember the first time that I heard his music, I'm going to go ahead and assume I was conceived at a Weird Al concert. Please don't fact-check with my mom or my dad. That's none of your business, it's sure as hell none of my business, and frankly I think it'd be rude if you even brought it up. So let's move on.
But I will say that the earliest memories I have are listening to Al's (sometimes I just call him Al. I think he'd be cool with it) 1992 album Off The Deep End. I was six years old and we would listen to the cassette tape over and over and over in the car. My sisters, cousins, and I all loved him so much. He took our favourite band, New Kids on the Block, and made their song "The Right Stuff" into the Oreo-themed parody "The White Stuff". There's a guy singing an NKOTB song about COOKIES? Are you f**king kidding me?! To a six year old, this was a total mind melter. While the white stuff in question was the filling in the middle of an Oreo, to me it may as well have been straight up cocaine. Why? Because I was hooked.
Eventually, the other kids grew tired of listening to Weird Al over and over and moved onto the next fad.


But me? I never grew out of loving Weird Al. In fact, my obsession only got worse. It all started innocently enough. My Dad would bring the  boom box (the best name for a thing ever) into the bathroom so I could listen to Weird Al while taking a bath. However, merely listening to Weird Al wasn't enough. I had to memorize every single word. I managed to learn every word of that album pretty quickly with one exception: the song Taco Grandé. Taco Grandé was a parody of Rico Suavé and featured Al singing a song about Mexican food in a bad Spanish accent. This proved to be my ultimate challenge because despite the song being 95% English, I was convinced that it was sung entirely in Spanish. Apparently to this seven year old, English spoken in a Mexican accent is Spanish. I was a cute little racist, I promise!
​ 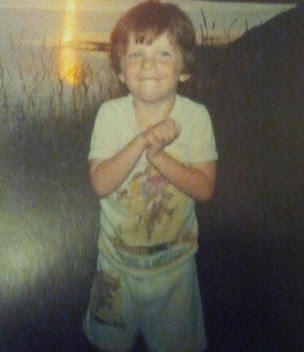 See? Ignorance has never been so adorable!

I knew it was going to be tough to learn a new language but I had to do it. I mean, this is WEIRD AL we're talking about! I had to know EVERY WORD (English or not!). So for weeks, every time I took a bath I would play the song over and over and study it. Doing this would be simple now. Just press repeat on your iPod. But back in 1992, I was listening to a CASSETTE TAPE. To listen to a song again, you had to physically get up, press the rewind button, and GUESS when you think you've rewinded far enough. Annnnd because my Dad was a responsible parent and stuff, he put the ghetto blaster (heh) FAR away from the bathtub so I wouldn't accidentally electrocute myself. This meant that my wet and naked seven year old ass would have to physically get out of the bathtub and rewind the tape every 3 minutes and 44 seconds. By the time my Dad came back to get me out of the bathtub, there would be more water on the floor than in the tub. But fear not! The massive water damage was totally worth it! Not only did I memorize every word to Taco Grandé but I was convinced that I was fluent in Spanish! Olé!

As time passed, the addiction got worse. One day, I remember being alone in the schoolyard bouncing a tennis ball against a wall. Yep, just like prisoners in isolation do. That's sad by itself. But I should also add that I was loudly shout-singing Al's song Frank's 2000 Inch TV to myself. That, ladies and gentlemen, is a truly sad sight. Imagine going out today and seeing a kid playing with a ball by himself. Now imagine that kid screaming Weird Al lyrics and periodically stopping to laugh his head off. Thank god they didn't have camera phones back then. If this happened today, someone would have recorded my sadness and uploaded it to Youtube. The video would go viral and I'd be immortalized forever as "Sad Weird Al Kid" within an hour. 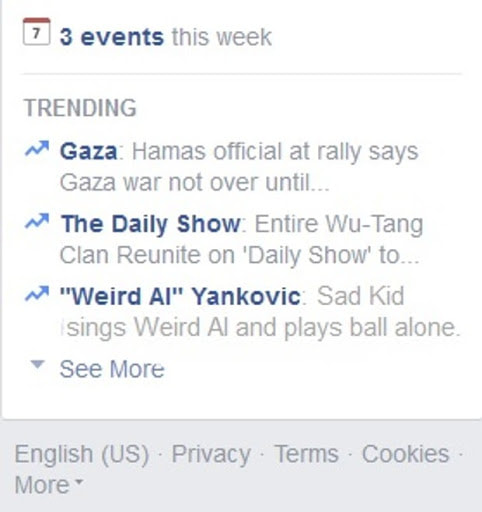